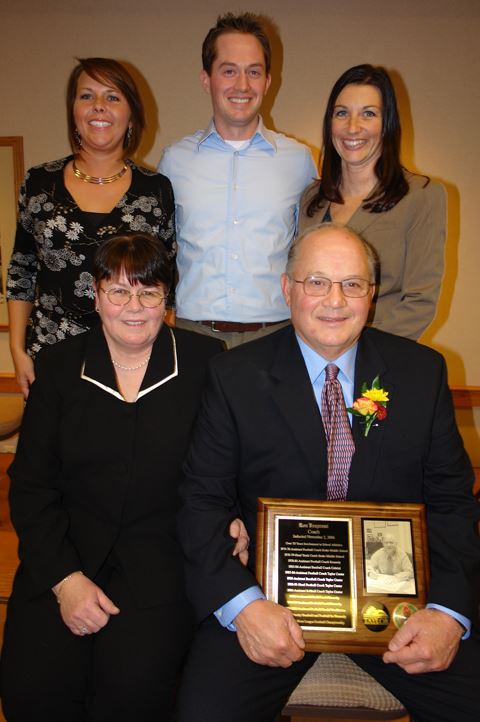 Ron Vespremi, 56, was inducted as a player, coach, and recreation community member.

A multi-sport athlete in his younger days, He played baseball and football all four years at John F. Kennedy High school and was a member of the 1967 Kennedy team that won the Tri-River League football title. For 19 years, he was a softball supervisor in the Taylor Parks and Recreation Department. He also coached high school football, softball, and baseball and middle school track from 1974 to 2004, when he was named principal of Harry S. Truman High School.

Vespremi coached football continuously from 1985 to 2004, serving as head coach at Taylor Center for six of those seasons and as an assistant at Kennedy for nine more. He also served as athletic director at St. Frances Cabrini High School in Allen Park from 1982 to 1984.

He retired as Truman principal at the end of the 2006 to 2007 school year and returned to coaching football.