As the November 2013 General Election was put to bed, seven faces were elected to key positions in Taylor – seven council members (Linda Parker-Craig, Angela Croft, Alex Garza, Linda Roberts, Charley Johnson, Dan Bzura and Tim Woolley), Mayor Rick Sollars, Treasurer Edward Bourassa, and Clerk Cindy Bower. All of them were new to their specific role. Here’s a recap of how Taylor’s new government performed over the past year.

Approximately a month into the new administration in December 2013, the City and Taylor Professional Firefighters Local 1252 IAFF-CIO reached final agreement on a settlement in a two-year arbitration dispute, setting the stage of some stability in a Taylor Fire Department that rode the waves of cutbacks and discontent in the recent past.

The arbitration-related pact created a foundation for the fire department to move forward. In the ensuing months, Taylor attempted to add staff; reapplied and earned a six-month extension of the Staffing for Adequate Fire and Emergency Response (SAFER) grant from the Federal Emergency Management Agency (FEMA) in August.

By the end of summer, Interim Fire Chief Danny Reynolds was named the full-time chief and former union president George Quiroz was named to the previously vacant deputy chief’s role, which marked the first time in several years that both command posts were properly filled. In September, the department withdrew from the Western Wayne Fire Department Mutual Aid Association (its remains at part of Downriver Mutual Aid), and instead opted for a municipal agreement with neighboring Dearborn Heights that was less costly and more practical.

While the funding of the fire department remains problematic as 2014 comes to an end, plans are in the works to reapply for another extension of the SAFER grant in 2015, as well as applying for another possible grant, which would target equipment and training improvements.

While the fire department stabilized, the Taylor Police began aggressive improvements in early December 2013. At that time, Chief Mary Sclabassi welcomed five new full-time officers to a department that had been dwindling in numbers and experience levels for four years. Over the course of the next 12 months, more full-time staff and Public Safety Officers would be added with the eventual goal to get back in the range of 90 full-time police officers.

Simultaneously, the department returned as an active participant in the Down River Area Narcotics Organization task force and recreated a traffic division that had been dormant. With Auxiliary Police Chief Robert Vaughan retiring after 18 years, Paul Beaven was named to replace him.

By August, Chief Sclabassi’s dream of adding another canine unit became a reality when her unique plan for a private/public partnership with Atlas Oil resulted in "Atlas the Police Dog." The company funded the cost of the dog and the unit’s training, in exchange for naming the dog. Atlas became an immediate hit among residents as well at the Detroit media – and the program went so well that Atlas Oil Owner Sam Simon immediately announced plans to fund a second dog in 2015.

Not all of the changes were on the staffing end of the police budget. City Council approved $70,000 in forfeiture funds to be used on the station’s dispatch center, while an all-volunteer effort gave the old station a new look. In addition, the department started the popular "Taylor on Watch" series of public meetings on anti-crime fighting efforts, a 2014 program that featured four quarterly meetings focused on the four different quadrants of the City. Look for the department to expand on that series in 2015.

In mid-November, City officials accepted a federal COPS grant, which will hire three new police officers to support the Taylor School District. Officers will be assigned by both of the City’s public high schools (Kennedy and Truman) while the third will focus on the two middle schools (West and Hoover).

All the police activity had an immediate impact. Most crime categories were statistically down across the board through the first eight months of 2014. Unfortunately, the final quarter of the year will register the year’s first three fatalities (as of this magazine’s press deadline) along with a well-publicized barricaded situation in the City’s northwest end (which, thanks to some excellent police work, ended in a peaceful arrest). Complete statistics for 2014, as well as the final-quarter report, will be available after the New Year.

City takes on potholes and streetlights

By March, the record winter of 2013-14 had taken firm hold of the area, and street maintenance was becoming a problem in every municipality. In an attempt to solve the issue, the City created a system that involved an interactive program that residents could use and a pledge to fix potholes in a 24- to 48-hour window. Department of Public Works employees were focused on the pothole crisis for a three-week period and road funds were used to cover the effort, which led to the great majority of the potholes being mitigated in a very short period of time.

It also led directly to WXYZ Channel 7’s "Pothole Pledge" program. Producers from the station contacted City Hall for details of the Taylor program, and then rolled them out to other Detroit-area communities through Reporter Simon Shaykhet, who challenged every mayor to sign an orange barrel as a pledge to mirror Taylor’s efforts and quickly fix potholes in their own areas. Mayor Sollars penned the first signature … and the barrel came from Taylor DPW.

In addition, when new officials took over in November 2013, the City found over 400 streetlights out across the community. Working diligently on the locations that could be immediately fixed, Taylor had half back on by spring. That number continued to dwindle throughout 2015.

City Council approved changing the Taylor Animal Shelter’s status to "no kill for adoptable pets." That act, along with the partnership between the shelter’s staff and Pound Pals of Taylor (see related story on community efforts), gave the facility is new outlook.

On the Information Technology (IT) side, the City of Taylor changed to a Virtual Desktop Infrastructure in 2014, streamlining maintenance and upgrades. DPW also started new water meter installation, upgrading its ancient meters, leading to faster billing processes and more accurate reads. As winter was hitting the city, IT was also upgrading the computer system in the 23rd District Court.

Meanwhile, the City’s distressed financial picture continued to stabilize and improve throughout 2015. By the State of the City in February, the budget deficit had fallen over $2 million and the general fund balance had improved nearly $3 million. By November 2014, the City’s financial picture continued to brighten as the annual audit was coming to a close in December.

The Lakes of Taylor and Taylor Meadows – in their own Deficit Elimination Plan – had stabilized and actually moved out of the DEP in 2014 and turned a profit. However, due to the poor golf season (because of lingering winter and some very bad summer weather), the golf budget is likely to lapse back into the red, although marginally.

The Taylor Sportsplex, meanwhile, is standing on its own financially after a tumultuous time period under outside management firms, proving correct Mayor Sollars’ vision that if its management was moved in-house and run correctly, the arena could turn a profit. TSX officials reported that approximately 1,500 children were participating weekly in soccer on the two indoor fields, while the Belle Tire Youth Hockey Program (and others like Eastern Michigan University hockey) continued to be housed in the facility, dominating the ice time both during the weeknights and on tournament weekends.

The first of the good financial news had actually come in March, when State Rep. Douglas Geiss announced that Gov. Rick Snyder signed Senate Bill 608 into law, which saved Taylor $320,000 in penalties as part of the Economic Vitality Incentive Program (EVIB), or EVIB. Due to an error, Taylor didn’t file the EVIB paperwork by the correct deadline, but thanks to the efforts of Geiss and others in Lansing, the Senate bill amended the deadline and doubled the payment to the City.

These ratings reflected the diligence of the new City officials in staying within the state-mandated Deficit Elimination Plan, which continued throughout 2014.

On the grassroots level, the City was one of just three Michigan communities to begin the Community Economic Development Association of Michigan (CEDAM) Financial Empowerment Centers. The initiative, launched in June through The Information Center, targets residents facing tough financial times and offers free advice on reducing debt, improving credit and planning and saving for the future, A week later, Taylor reopened its only outdoor pool, which had been closed for three years due to budget restraints. Northwest Park Pool was reopened thanks to the use of Community Development Block Grant funds.

In late June, Taylor unveiled the newly renovated Sheridan Center outdoor pavilion, which successfully hosted two concert evenings during the Taylor Summer Festival, and than opening day of the Downriver Senior Olympics. The renovation of the center earned the Presidential Plaque during the Keep Michigan Beautiful Inc. Awards held in Traverse City. Additions will continue: An inline skating rink and splash pads are tentatively scheduled in the near future.

In an effort to improve customer service, the City implemented "Fix It! Taylor" at the end of the summer. An online program, it fields non-emergency complaints and funnels them as "work orders" directly to the departments responsible. Residents can avoid confusing telephone calls or long waits. They can also interact with the supervisors in charge of the jobs. Simultaneously, new telephone options were offered to those calling City Hall, and for those visiting in person, new greeters manned the front entrance, helping in any way that they could.

Also in early fall, "Help Shape Taylor’s Future" was kicked off, a visioning program aimed at long-term community improvements in the areas of economic and community development and other quality of life issues. The program, made up of City and community leaders, was still ongoing as of this deadline. Feedback from residents is welcome on the City of Taylor’s Website.

By October, the City was also reopening another previously closed facility, the Taylor Recreation Center. The City renovated the men’s and women’s saunas; the women’s locker room; added an upgraded cardio room; moved the popular Zumba room downstairs; and added several flat-screen televisions. Since opening, hours are planning to be expanded and programs are being constantly added. In addition, the front section of the center is being devoted to business office space, with tenants still being sought. 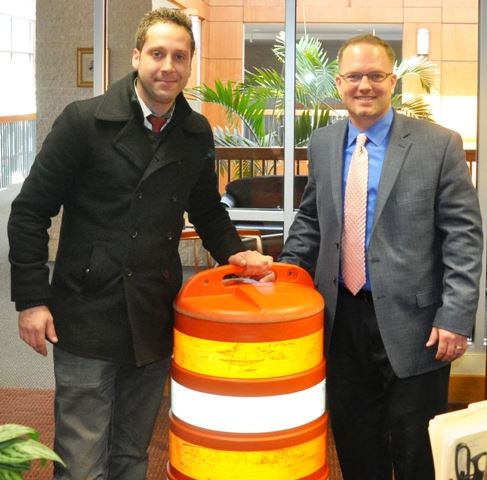 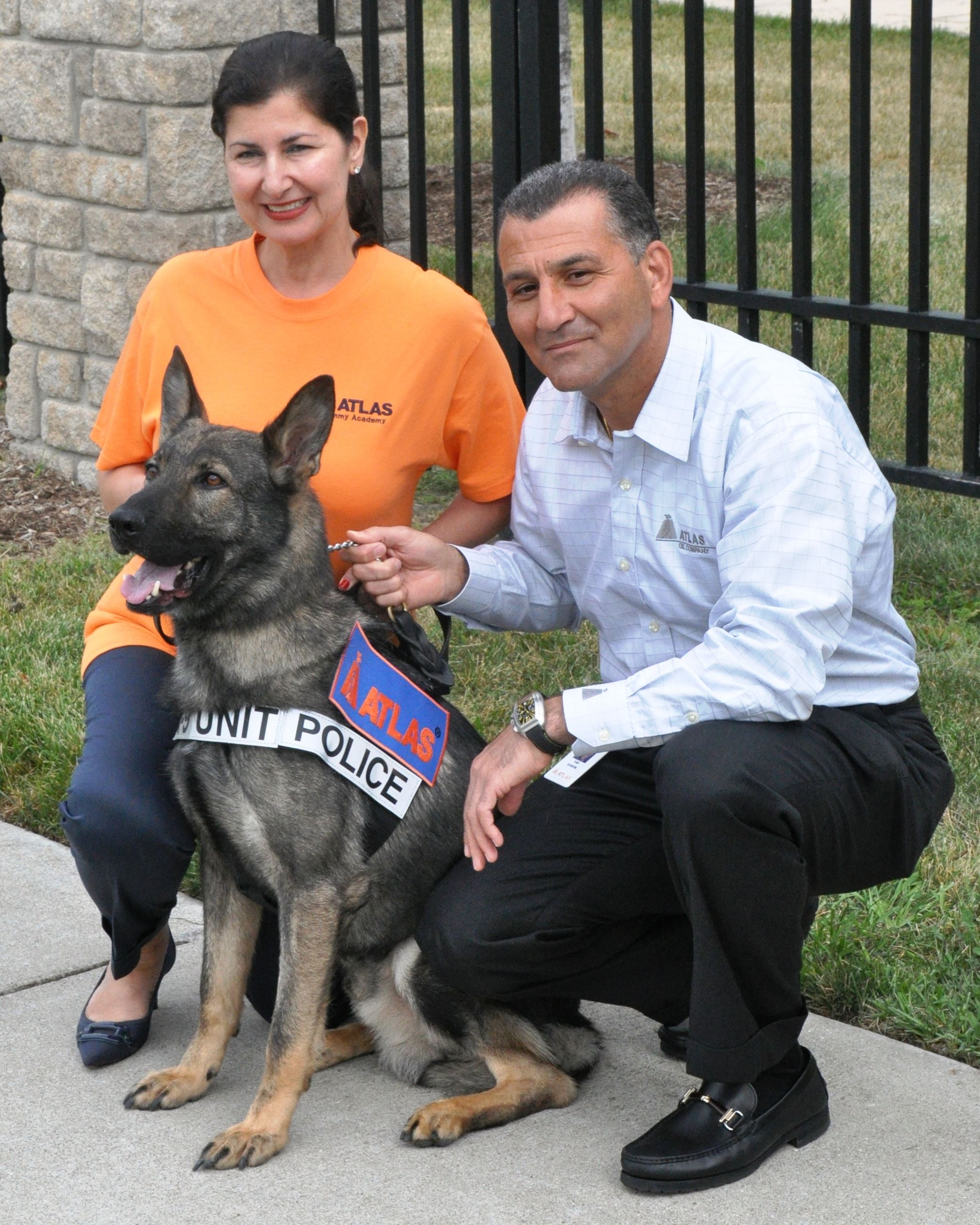 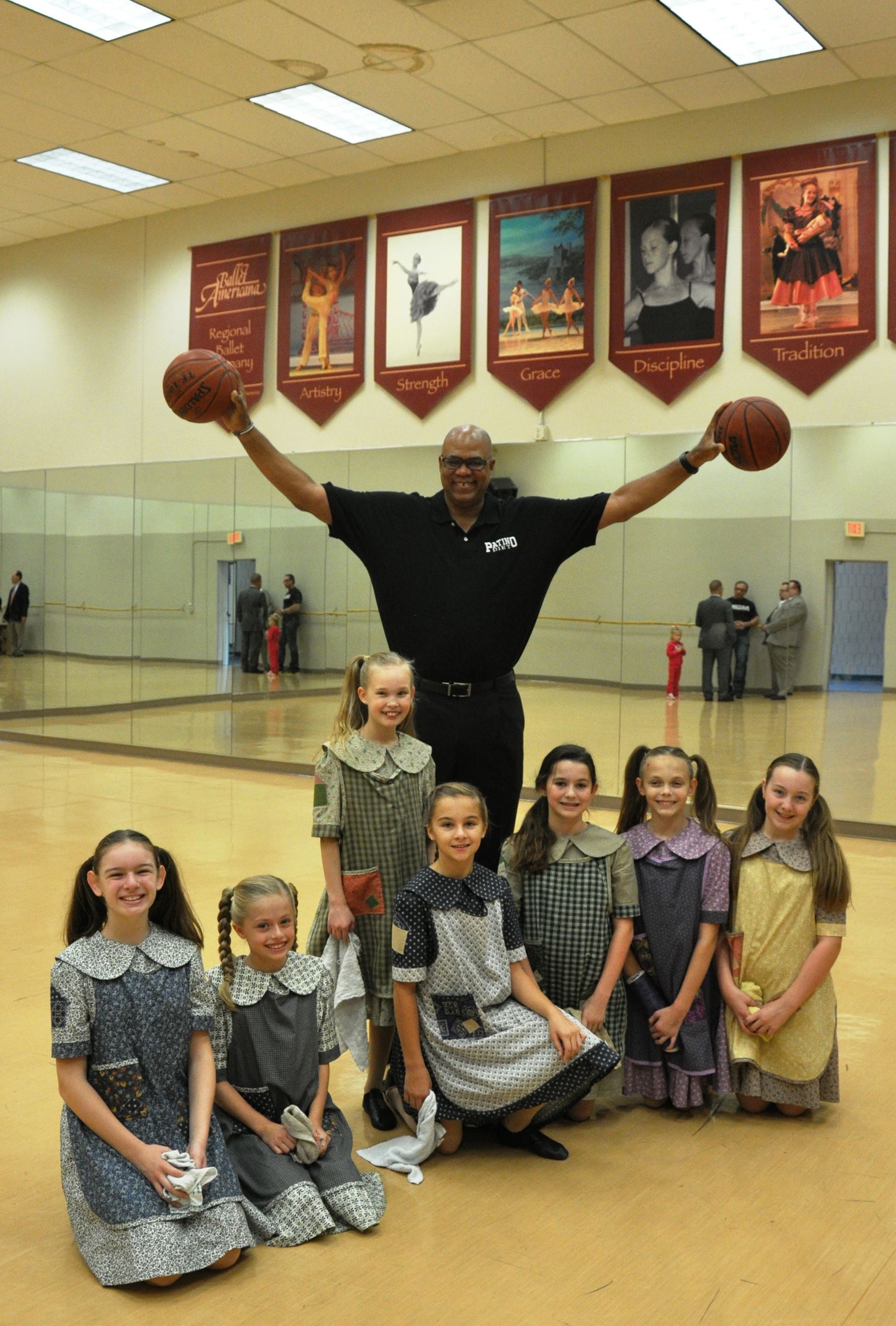