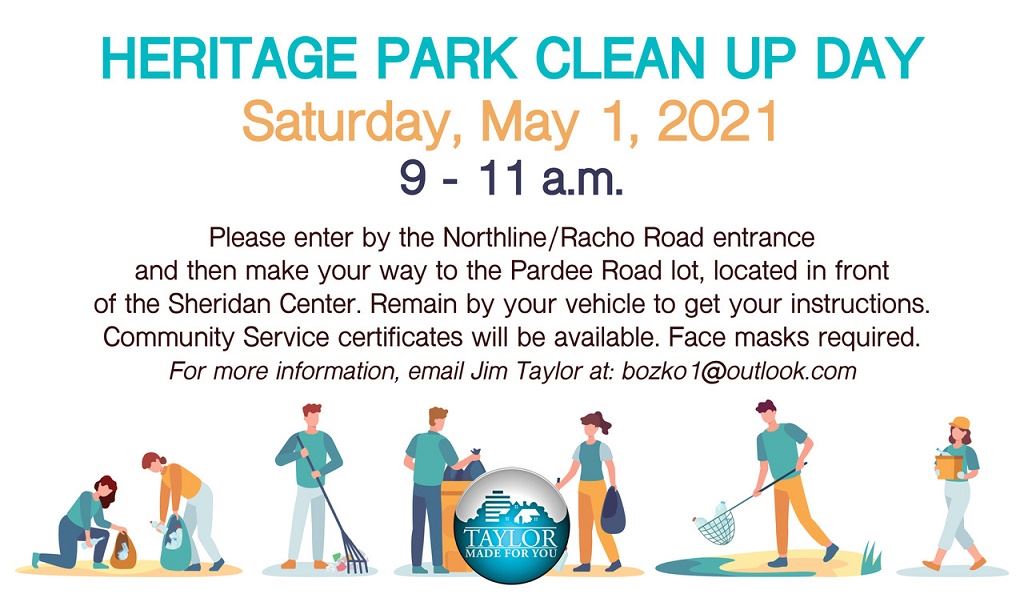 Are you ready? Anyone is welcome to help in this annual endeavor. Bring your children, friends, relatives, business or charity organizations.

Remember, you can earn documented "community service credit hours" during this event.

Have questions or need more info?

Heritage Park has improved in leaps and bounds over the last five cleanups. Let’s keep heading in the right direction! 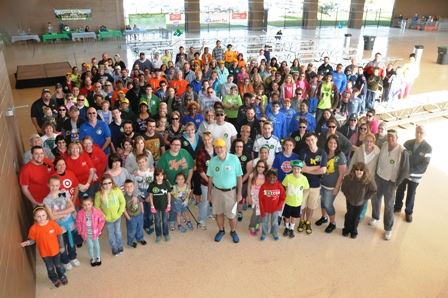 This year will mark the sixth Heritage Park Cleanup Day, an annual event hosted by its creator, Taylor resident Jim Taylor, and the City of Taylor.

It started simply enough: During the harsh winter of 2013-14, Jim was walking through the far eastern reaches of Heritage Park, through the wooded areas that are located between the park and the Wayne County Community College Downriver Campus. And he didn’t like what he saw. The tree lines were filled with trash, and much of the debris has been there for years. He spent the rest of the day filling 13 trash bags himself.

Eventually, another resident, Dave Gorgon, happened by. Dave is a retired City employee who hosts a popular Facebook page, "Heritage Park Photo of the Day." Dave wondered what Jim was doing out there by himself ... and slowly but surely, an idea was hatched for a Heritage Park Cleanup Day.

For those of you who would like to create your own volunteer cleanup day at a given location in the community, or are interested in discussing the possibilities, contact the City of Taylor’s Communications and Marketing Director Karl Ziomek.