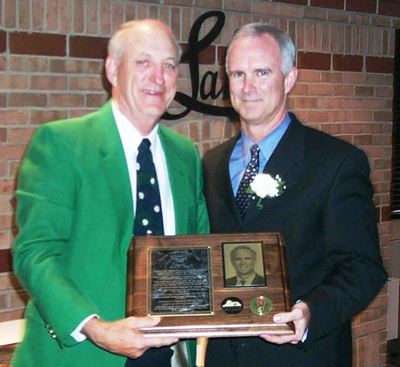 Mike O’Malley was a starting athlete in football, basketball and baseball in both junior high and high school. He earned nine varsity letters at John F. Kennedy High School and was named All-League and All-Area in each sport during his junior and senior years.

In 1970, O’Malley played on the national champion Larco’s Inn baseball team, making the All-Tournament Team. He played three years on the Harvard University baseball team, highlighted by an appearance in the 1974 College World Series.

Although he was offered a contract by the Boston Red Sox, O’Malley declined to pursue a post-graduate degree and flourished in business and marketing. He was General Motor’s spokesman for the Buick Classic and Buick Open golf tournaments for two years, appearing on national television to present the tournament trophies. After retiring, he served as executive director of the City of Taylor Department of Golf, Parks, and Recreation and currently is the city’s Director of Marketing and Economic Development.